Mr. Hakl is part of the Product and New Business Innovation organization.  He leads the product management organization supporting IP Network Platforms and Managed Services for Verizon Enterprise Solutions, and the SMB segments for Verizon Wireless and Verizon’s Consumer and Mass Business units covering products such as:

Shawn’s team is responsible for identifying key market opportunities, defining commercial models and customer requirements, and driving the development and launch of innovative solutions for Verizon’s enterprise and business segments.

Prior to joining the Products organization, Mr. Hakl was part of Verizon Enterprise Solutions with global responsibility for pre-sales engineering and the professional services practice for advanced network, IPT, UCC and CCS disciplines.

Abstract – In many key markets, Milennials – the first generation of digital natives – have surpassed the market size and buying power of the prior Baby Boomer generation.  Having come of age in world of globalization and technological disruption, their world view is fundamentally different from the previous generation of consumers –  their use of social media, expectations for purchasing experiences and attitudes towards ownership.

Adjusting to consumers that are used to a connected, always on experiences has resulted in an application landscape that is exploding.  Devices connected to IP networks will be three times as high as the global population with some analysts estimating 21 to 30 billion connected IOT devices by 2020.  Global Internet traffic will be equivalent to 95 times the entire global Internet volume in 2005.

As a result digital leaders will need new skills, methods and technologies in order to effectively scale their business to respond to an increasing dispersed, interconnected and dynamic environment.  Challenged with constantly creating and maximizing shareholder value from their own virtual living organisms, businesses need to be able to drive innovation at scale.

Join Shawn Hakl, Vice President, Network and Security Solutions, Verizon, for key learnings from both Verizon and our global customers’ journeys into how to leverage technologies such a software defined networking, network function virtualization, complex service orchestration, analytics and machine learning to build an agile, secure infrastructure capable of meeting the demand of the next generation of consumer. 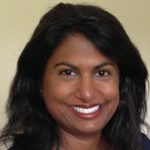 Nilmini Rubin, VP for International Development at Tetra Tech where she leads policy and engineering services for infrastructure projects in developing countries.

Previously, Nilmini served as the Senior Advisor for Global Economic Competitiveness at the U.S. House Foreign Affairs Committee where she directed technology, trade, finance and energy policy. On behalf of Chairman Royce, Nilmini spearheaded passage by the House of Representatives the Digital Global Access Policy Act of 2016 to promote internet access in developing countries. She drove passage of a law to increase access to electricity in Africa that serves as the framework for the United States’ Power Africa initiative. She also championed passage of laws to provide trade preferences and trade promotion authority. Prior to this position, she advocated on cybersecurity, cloud and privacy policy for the Information Technology Industry Council.

For eight years, Nilmini led international economic, development and transparency policy at the U.S. Senate Foreign Relations Committee. She drove the passage of a law that requires oil, gas and mining companies listed on U.S. stock exchanges to reveal trillions of dollars paid to governments that has been since adopted by the European Union and is being considered by many other jurisdictions.

As a Director at the National Security Council at the White House, Nilmini secured agreements with the G-8 to limit the spread of weapons of mass destruction, to raise billions of dollars for the Global Fund for AIDS/HIV, Tuberculosis and Malaria and increase transparency of international organizations.  She previously worked on international economic policy at Treasury Department and Federal Reserve Bank of New York.

Nilmini’s work has been highlighted in the Los Angeles Times, New York Times, Politico, Yahoo! and numerous international publications. She was named a Young Global Leader by the World Economic Forum, a “40 Under 40” Leader in International Development by Devex, and is a member of the Council on Foreign Relations. She was featured on HGTV’s “Curb Appeal” and appeared briefly on Netflix’s “House of Cards.”

Nilmini is the mother of three young girls and co-wrote a book with her oldest daughter entitled “How Carrots Became Orange.” She graduated from the University of California at Berkeley with her MBA in 1999 and her BA in 1994.

Abstract –Though the information and communications technology (ICT) is exploding around the world, more than four billion people are still unconnected to the internet, stifling their access to employment, education, and health information. This is leading the donors, governments to focus on how to make internet access universal and ensure access for women, the elderly and people in rural areas. Importantly, we can save money by integrating internet infrastructure into traditional infrastructure such as roads, electricity and water.