In Conjunction with
IEEE NetSoft 2017
The Academy of Sciences, Bologna, Italy
The Ulysses Room

Scope of the Roundtable 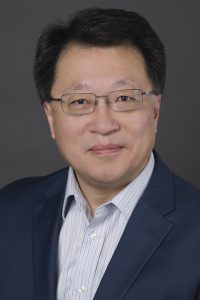 David, Vice President – Business Solutions Development, is responsible for Global Service Assurance, Network Fault and Rule Based Automation Platforms, Network Performance/Traffic/Capacity/Testing Management Platforms, Managed Services Platforms, and Field Operation Dispatching at AT&T. He leads an organization with more than 3,000 people across the globe. David is a well-respected leader in software architecture and engineering, network performance and traffic management, business solutions, large DB and big data implementation/mining/analytics, software reliability and quality, and network operations process engineering. Since joining AT&T Bell Labs in 1987, he has served in various leadership positions at AT&T. He holds 35 patents and has frequently appeared as a guest speaker at technical and leadership seminars and conferences throughout the world. He received numerous industry awards including the 2015 Chairman’s Award from IEEE Communication Society for Network and Systems Quality and Reliability. He was admitted to the world renowned Shanghai Conservatory of Music but came to US to complete his college. He has an undergraduate degree in music, majoring in cello performance and graduate degree in Computer Science. 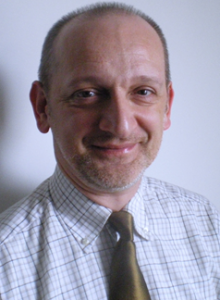 Antonio Manzalini received the M. Sc. degree in electronic engineering from the Politecnico of Turin (Italy) and the Ph.D on Computer Networks from Télécom SudParis and Université Pierre & Marie Curie – Sorbonne Universités (France). In 1990 he joined Telecom Italia Lab. He started with RT&D activities on technologies for transport networks. He was active in the ITU standardization as Rapporteur (1996-2000) of two ITU-T Questions in charge of developing Standards on transport networks. He has been actively involved in several EURESCOM and European Project. He run as Project Manager (2000-2004) the following two project on innovative transport and networking technologies: FP5 IST Project LION, FP6 IST Project NOBEL. In 2003 he was appointed as member of the Scientific Committee of CTTC (Centre Tecnològic de Telecomunicacions de Catalunya). On
2006 he has been appointed Project Leader of the FP6 FET ICT Project CASCADAS. In 2008 he has been awarded with the International Certification of Project Manager by PMI. He was General Chair of the European Conference on Networks and Communications (EuCNC2013). He run as Project Leader in 2013 and 2015 two EIT-Digital projects on SDN and NFV. He has been awarded with six patents on networking and services systems and methods. He was author of a book on synchronization and his results have been published in more than 130 of papers and publications. He is Senior Manager at the Strategy & Innovation Dept. (Future Centre) of Telecom Italia Mobile. His interests are in the areas management/control/orchestration of SDN and NFV, for 5G future service scenarios. Since 2013, he is co-Chair of the IEEE initiative on SDN and co-Chair of the IEEE SDN-NFV Com. Soc. Subcommittee.
Specialties: Future Internet, 5G, Software Defined Networks, Network Function Virtualization, Self-Management, Autonomic-Cognitive Networking,
Industrial Mathematics for new business models, Quantum Mechanics for A.I. 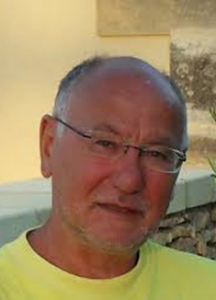 Prosper Chemouil received the M.Sc. and Ph.D. degrees in control theory from École Centrale de Nantes, in 1976 and 1978, respectively. He is currently a research director at Orange Labs and his research  interests are with the design and management of Future Networks and Technologies and their impact on network architecture, traffic engineering and control, and performance. He has recently focused on network softwarization and cognitive management.  Since October 2016, he has become co-chair of the IEEE SDN Initiative.  Prosper has served as board member, associate and guest editor of various Journals including IEEE Communications Magazine, IEEE TNSM and IEEE Networks, and Annals of Telecommunications. Within the IEEE SDN Initiative, he has launched in 2015 the IEEE International Conference on Network Softwarization and is the Chairman of its steering committee. He has been involved as General or TPC co-chair in many events and he is the General Co-Chair of the 2017 IFIP/IEEE Symposium on Integrated Management held in May 2017 in Lisbon, Portugal. Nominated as French Senior Engineer of the Year in 1995, Prosper has received several awards such as the Blondel Medal (1996), the Ampère Medal (2003), the Salah Aidarous Memorial Award (2014) and the Arne Jensen Lifetime Achievement Award (2015). He is a Fellow of the IEEE (2003) and the Electrical and Electronical Society of France (SEE). 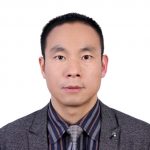 Gengui Xie joined Huawei in 1996 and has more than 20 years experience in telecom area. He is a leading expert on network management system and design for RAS (Reliability, Availability and serviceability). Gengui is currently the VP of Huawei R&D Competence Center responsible for designing product architecture, reliability, serviceability, energy saving and emission reduction, technical planning and solution, etc. Gengui graduated from South-East University in China. 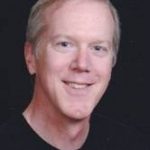 Kelly Krick is currently responsible for lifecycle management for Ericsson’s OpenStack based Cloud Execution Environment. A key goal of this effort is to improve reliability and reduce impact to workloads when making software updates to the cloud infrastructure. He is also addresses reliability and performance improvements in Ericsson’s cloud offering.

Kelly graduated from the University of Iowa in 1982 with a BS in Electrical Engineering.  He worked for Central Telephone Company and Nortel prior to Ericsson. He is an experienced change agent in the communications industry having led operations, engineering, project management, & quality efforts in the US, Europe, and Asia. Working in transformation projects throughout his career, he also became a Lean Six Sigma Black Belt.

Kelly is a former Chair for IEEE ComSoc Technical Committee on Communications Quality and Reliability and is currently on the Board of Advisors. He is a 2016 recipient of the IEEE CQR Lifetime Service Award and is a Senior Member of IEEE.

ABSTRACT:  Especially with stateful telecom virtual network functions (VNFs), OpenStack “out of the box” does not meet reliability requirements for those applications running in a Cloud. Improvements to detection and triggering actions for infrastructure faults combined the recovery mechanisms for applications running in a Cloud have provided the service reliability needed.  In Ericsson, “Continuous Monitoring – High Availability (CM-HA) uses a ‘recreation’ automatic recovery action to ensure that the configured VM availability level is met.  Collaborating in OPNFV Project Doctor, Ericsson along with various groups are aligning on a solution to upstream to OpenStack. This presentation will cover additions to work with OpenStack components to deliver high availability for VNFs as well as the summary of the current work in OPNFV.

Spilios Makris is currently the Director of Network Resilience and Business Continuity Management (BCM) in Palindrome Technologies. Spilios has extensive experience in BCM and network resilience serving as Director and Senior Consultant at Telcordia Technologies (formerly Bellcore) for over 28 years, conducting studies and developing methodologies along with industry Best Practices for over 50 Tier 1&2 telecom companies, telecom vendors, and Telecom Regulatory Authorities (TRAs) worldwide. Spilios has served as Chair, Vice-Chair, Lead Contributor of the Standards T1A1.2 WG on “Network Survivability Performance” (was renamed PRQC Reliability Task Force) for 20 years. He successfully managed thebdevelopment and regular update of Telcordia Generic Reliability Requirements documents establishing them as the “de facto” industry standards (e.g., SR-332 on Reliability Prediction Procedure for Electronic Equipment).
Spilios recently served as the Chair of the IEEE Study Group for Security, Reliability, and Performance for Software Defined and Virtualized Ecosystems (e.g., SDN, NFV, etc.). (http://grouper.ieee.org/groups/srpsdv/meeting_information.html).
Spilios received his PhD in Industrial Engineering & Operations Research from the University of Massachusetts at Amherst, Mass., MS in Engineering Management from Northeastern University, Boston, Mass., and Diploma (equiv. to MS) in Electrical & Mechanical Engineering from the National Technical University of Athens, Greece.
He is a Certified Business Continuity Professional (CBCP) by the Disaster Recovery Institute International (DRII) and a Senior Member of IEEE. 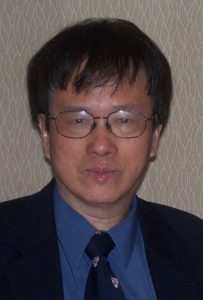 Chi-Ming Chen joined AT&T in 1995. His current responsibility is the operations support system (OSS) architecture. Prior to joining AT&T, Chi-Ming was with Bell Communications Research (Bellcore) from 1985 to 1995. He was a faculty member at Tsing Hua University, Hsinchu, Taiwan from 1975 to 1979. He received his Ph.D. in Computer and Information Science from the University of Pennsylvania in 1985; M.S. in Computer Science from the
Pennsylvania State University in 1981; M.S. and B.S. in Physics from Tsing Hua University, Taiwan, in 1973 and 1971 respectively. Chi-Ming Chen is a Life Senior Member of IEEE and Senior Member of ACM. He is an Advisory Board Member of IEEE Communications Society (ComSoc) Technical Committee on Communications Quality & Reliability (CQR), a member of the IEEE GLOBECOM & ICC Management & Strategy (GIMS) Standing Committee. He has chaired several GLOBECOM and ICC Industry Forums and is serving as the GIMS Advisor for ICC 2019, Shanghai, China.