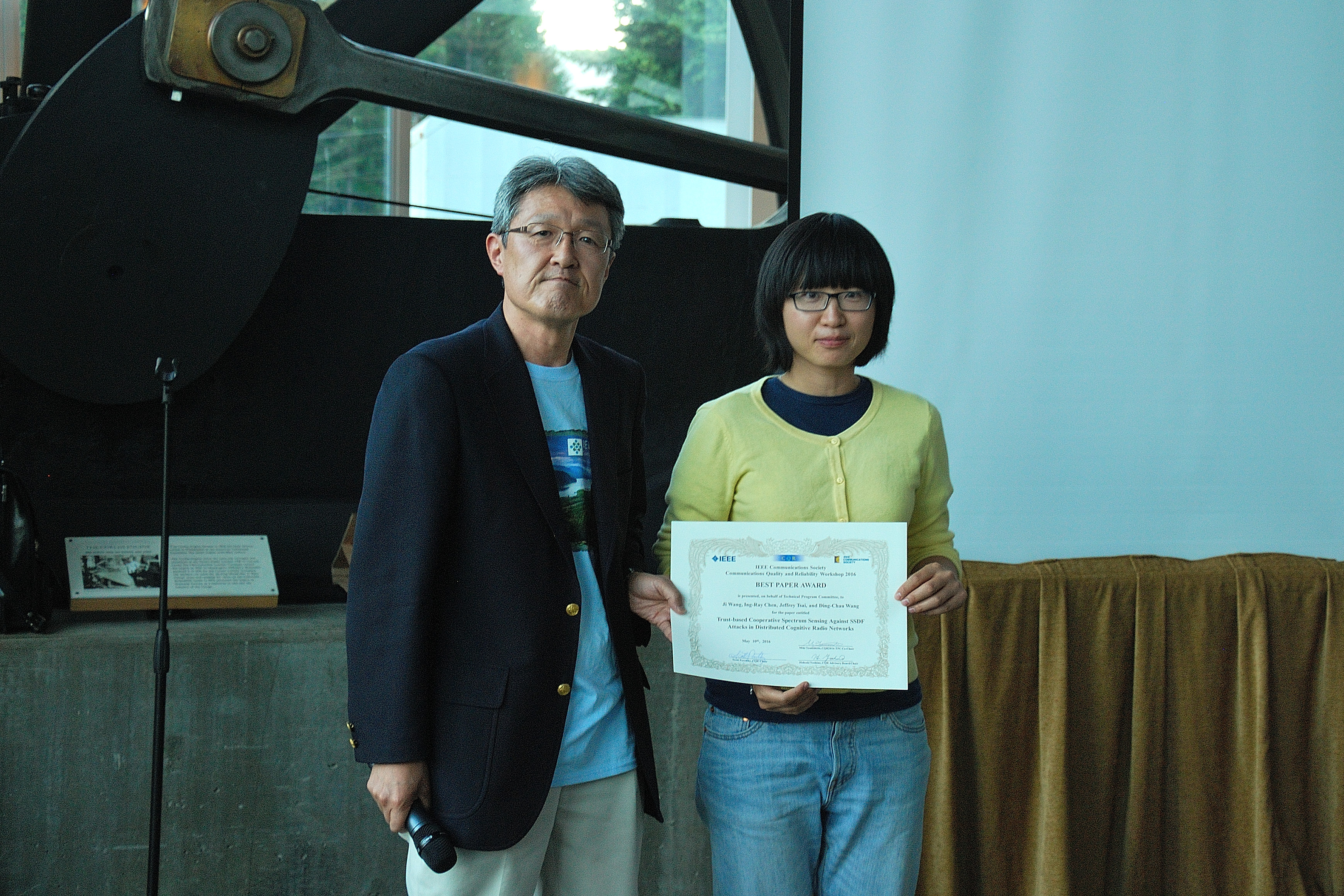 Analysis of Distortion Effects on Differential EVM by Basak Can, Giuseppe Li Puma, and Anthony Tsangaropoulos

Abstract – In this paper, by utilizing the MCA (Multi-Cache Approximation) algorithm, which is an approximate algorithm for numerically solving cache hit rates in a multi-cache network, we analytically obtain performance metrics of CCN (Content-Centric Networking).  Specifically, our analytic model consists of multiple routers, multiple repositories (e.g., storage servers), and multiple entities (e.g., clients).  We obtain three performance metrics – content delivery delay (i.e., the average time required for an entity to retrieve its content through a neighbor router), throughput (i.e., the number of contents delivered from an entity per unit time), and availability (i.e., the probability that an entity can successfully retrieve a content from the network).  Through several numerical examples, we investigate how the network topology affects the performance of CCN.  Our findings include that the closer an entity is to the requesting repository, the more beneficial the contents caching is in terms of content delivery time and availability, and that the farther an entity is from the repository, the more beneficial the content caching is in terms of throughput.

Abstract – In CONs (Content-Oriented Networks), a router can have multiple entries for the same content name when multiple repositories produce the same content.  This is the inherent feature of CONs that users do not care about the places of content servers.  When an Internet packet finds multiple entries at a router on a path, a routing strategy of a router plays a very important role for effective content retrieval.  In this paper, we propose a new content routing method, probabilistic routing with measured RTT.  In our method, selection probability of routing is calculated based on measured RTT so that an output interface giving smaller RTT has larger probability to be selected.  In the performance evaluation, we reveal that our proposal can balance load of content servers and alleviate network congestion without control packets.  As the result, our proposed method can reduce content retrieval delay of users.

Abstract – This paper proposes a distributed processing communication scheme for a real-time network application that provides interactive services for multiple users.  In the proposed scheme, the application is processed on a data processing function in the distributed servers.  The distributed servers are selected to maximize the number of in-service users as the first priority and to minimize the delay time at in-service users as the second priority.  In this scenario such as interactive services, the application must work under the condition that an event occurrence order at the actual time is guaranteed.  This leads to delay time on users’ communication at wide-area networks.  In the proposed scheme, an event occurrence order at the actual time is reproduced in in the virtual time defined at each server.  We formulate an optimization problem to select a suitable server having the data processing function as an integer linear programming (ILP) problem.  The ILP minimizes the number of excluded users because of violation of admissible delay as the first priority and minimizes the delay time for determining the virtual time as the second priority.  The numerical results show that the delay time of the proposed scheme is reduced up to 50 percent that that of the conventional scheme.

Optimization Approach to Lower Capacity Requirements in Backup Networks by Ihsen a. Ouedraogo and Eiji Oki

Abstract – Preplanned link restoration pre-allocates protection resources during the configuration phase of the networks.  The technique involves over-provisioning of the network resources to provide enough spare capacity in order to route the traffic on backup paths in case of failure in the primary network.  As a consequence, this induces extra costs for the operators.  Minimizing the toll incurred by the protection techniques is desirable for them.  Most of the link protection techniques nowadays are either designed to provide along the backup path(s) the same capacity that the primary failed link, or by taking into account exact values of the traffic demands.  While it is possible to reconsider the capacity requirement, it is worth pointing that it is difficult for the operators to know the exact traffic matrix (set of traffic demands) in the network.  The purpose of this paper is to provide a mathematical formulation to minimize the capacity requirements of the backup networks, which considers the traffic uncertainty.  The design of a backup network, which exclusively reroutes the traffic in case of a link failure in an existing primary network, is considered.  We apply the robust model of hose model with bound of link traffic and formulate a linear programming problem for the design and capacity provisioning of backup networks.  From the simulation results, a reduction ranging from 30% to 70% is achieved in the spare capacity required for the backup networks.